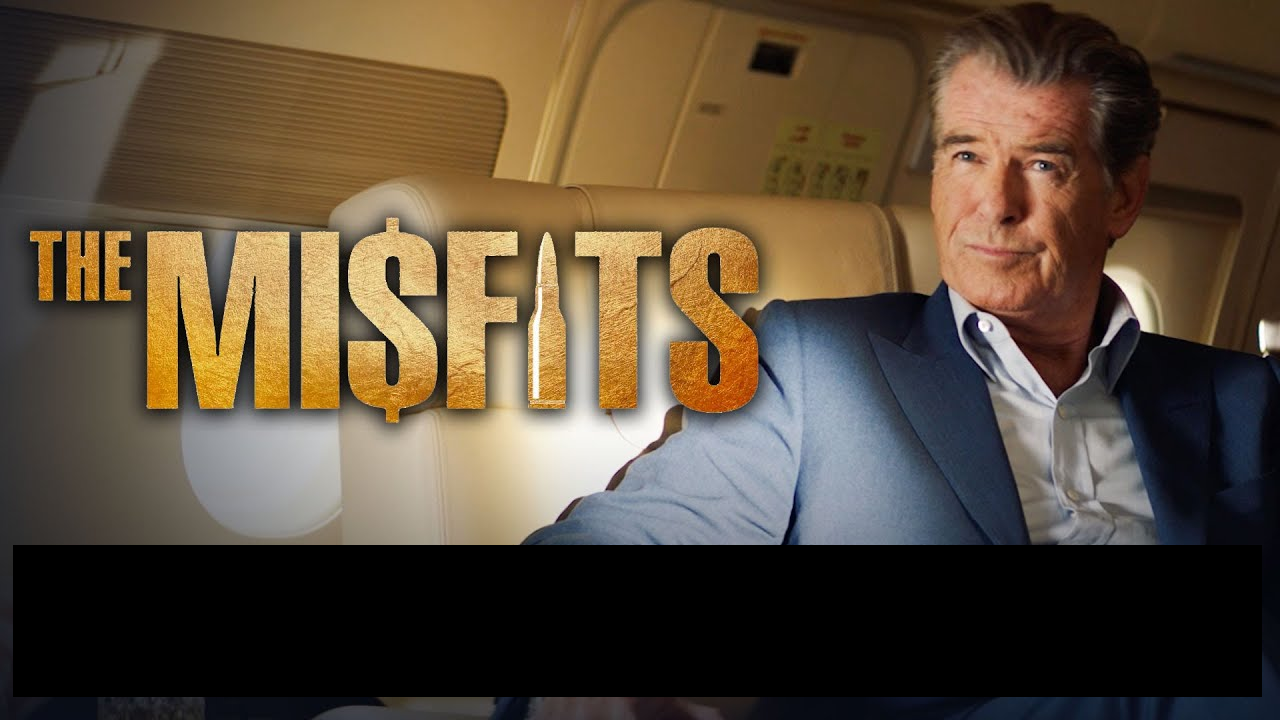 In The Misfits, you saw the much awaited return of Pierce Brosnan to the big screen. Charming and charismatic as ever, he plays Pace, a renowned criminal. He is invited to join a heist team. Their proposal? Help them rob gold stored in one of the world’s most secure prison, stealing from the criminals themselves. If you liked this action adventure thriller of a heist movie, we’ve got 7 more movies like The Misfits for you below.

A fan of Heist movies. You have to check out Zack Snyder’s Army of the Dead, a movie that combines a heist with zombies! And, if you like that, we came up with a list of movies like Army of the Dead too! 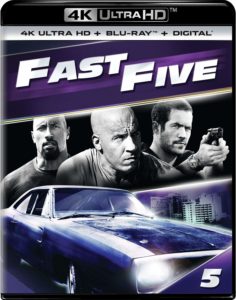 There are so many Fast and Furious movies that you might have missed this one. The fifth edition of this franchise was actually a heist movie, a good one at that! Dom (Vin Diesel), Brian (Late Paul Walker) and the team comprising of all the other street racers plan to rob a corrupt businessman.

The heist will give them the money to buy their freedom. Standing in their way is a ruthless Brazilian drug lord and also an out of control federal agent in Hobbs (Dwayne Johnson). There’s high octane action, thrilling stunts and an exciting climax. It’s needless to say that the movie has its fair share of high voltage car chases, just like the Ferrari car chase scene you saw in The Misfits. 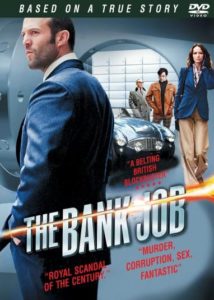 Terry (Jason Statham), a car dealership owner is onto tough times. So, when he gets a call from his old flame Martine (Saffron Burrows) about a bank on Baker Street having its alarm disabled for 2 weeks, it looks like an easy job.

Get a team together, tunnel a way in and out with the contents of the many safe deposit boxes. But, a seemingly simple plan goes awry when Martine’s true intentions are revealed. She isn’t interested in the riches but in some scandalous photos concerning the British royalty. Also at stake are some other scandalous contents that will have show some very important people in very bad light.

How will Terry get out of this colossal mess? This movie doesn’t have any of the big special effects that you saw in Hollywood’s The Misfits. But, the plot is intriguing and it is about a team working together on a heist. We think you will quite enjoy this one. 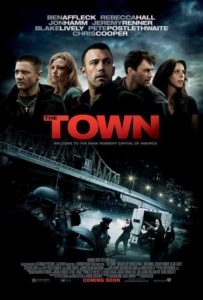 Doug (Ben Affleck) and James (Jeremy Renner) are Boston Southies. Childhood friends, they also run robberies together. But, things get complicated when Doug falls in love with the Assistant Bank Manager Claire (Rebecca Hall), at a bank they just picked off.

James disapproves of Doug’s relationship but their rocky friendship continues. But, Doug wants out of the heist game. But, not before one big score that will let them walk away for good. Their target? Fenway Park, the hallowed stadium where the famous Boston Red Sox play, on the busiest baseball weekend of the year. It’s as good as robbing a big bank, but without all the extra security to deal with.

Hot on their heels is FBI agent Adam Frawley (Jon Hamm). The movie is tense and the plot holds itself together very nicely. Acting performances are brilliant, from Affleck to Renner, Hall and also Hamm.

An unusual heist movie with a very strong plot that also includes friendship and romance. 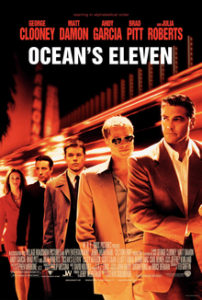 We know what you are probably saying here. Seen it! Well, even at the risk of suggesting something you have already watched, we include this classic heist movie in our list.

Definitely worth a refreshing re-watch! Danny Ocean (George Clooney) is the smooth brain behind a team of 10 other slick wise guys and gals including Rusty (Brad Pitt), Linus (Matt Damon), Tess (Julia Roberts) and others.

Their plan? To hit all three casinos owned by Terry Benedict (Andy Garcia), at the same exact time. Just a phenomenal watch with subtle comedy masterfully sprinkled into the screenplay. They have even managed to refine the quality of thrill that you experience from this movie. Think of it as a fine wine as opposed to downing a crazy shot!

You will most probably get on the rest of the Ocean’s Eleven franchise after this one. They too are all very successful movies in their own right. That’s hours and hours of great movie watching waiting to be discovered, or rediscovered! 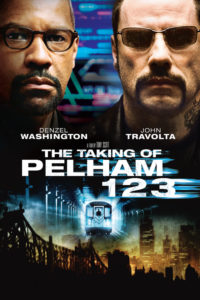 An action packed heist movie in the most unlikely setting, a New York City subway train! John Travolta plays Ryder. Ryder stops a NYC train with 3 other armed gunmen and holds its passengers hostage for a ransom.

But, is it the ransom that he wants or are there larger schemes at play? Complicating the plot is the role of Walter Garber (Denzel Washington). Walter is suspended pending a bribery investigation. But, when Ryder insists that he will only talk to Walter, the City has no choice but to let the interactions happen.

Is Walter in on it? Or, will he stop the devious Ryder? You will understand why this is a heist and not a kidnapping/hostage movie in the end. Until then, you will just be kept guessing.

An underrated movie in our opinion. Definitely worth checking out after The Misfits. 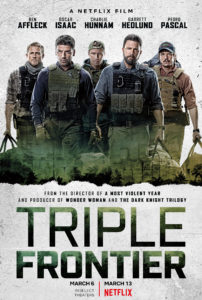 If you are looking for a Netflix movie like The Misfits, Triple Frontier is a pretty good film. Five members of a special operatives force go off the radar to plan a heist on a drug lord’s safe house. This is a mission for personal gain. The plan is to hit the drug lord’s manor when he makes his Sunday church trip, cash out and call it quits.

But, everything goes haywire when there is unexpected resistance. Now, the team of 5 are on the run. Loyalties among themselves are tested. They have got to traverse multiple terrains and people to escape. A heist movie with a military sort of feel to it.

Leading the team is Tom ‘Redfly’ Davis (Ben Affleck). Another underrated heist movie that we will gladly recommend. 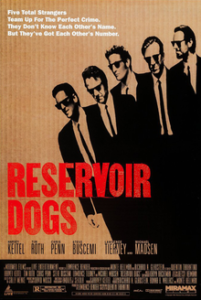 First off, this is a Quentin Tarantino moving. Right off the bat, you know you are going to be in for something very different than the usual.

7 criminals only known as Mr. White (Harvey Keitel), Mr. Orange (Tim Roth), Mr. Blonde (Michael Madsen), Mr. Pink (Steve Buscemi) and Mr. Blue (Edward Bunker) and two others work together to rob a jewelry store. But, when the heist goes wrong after two of them are killed, they begin to suspect that one within them is an undercover police informant.

The movie is all about the tense rendezvous they go back to after the failed heist. Only Tarantino can make a brilliant movie about enraged criminals not doing what they do best, crime, but trying to make sense of a crime gone wrong.

This is an oddball recommendation in our list of movies like The Misfits. But, we are pretty sure you will like it nonetheless. In fact, we suspect that you might enjoy this the most out of the lot!

Liked our list of movies like The Misfits? Have more movies to suggest of your own. Please drop us a comment. We will be glad to publish it for our other readers, after a quick review process! 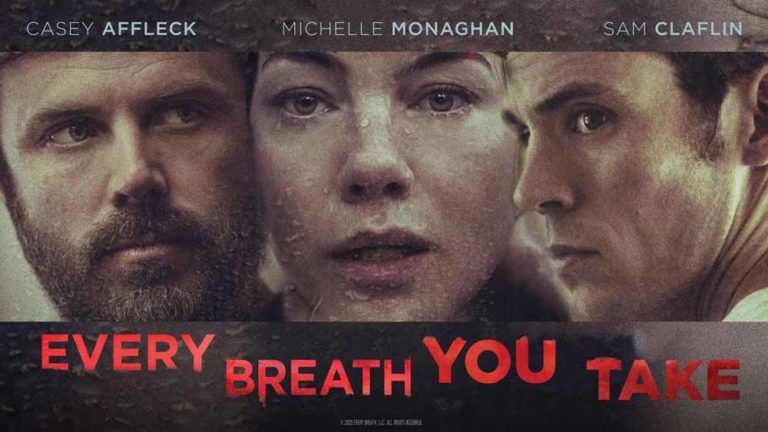 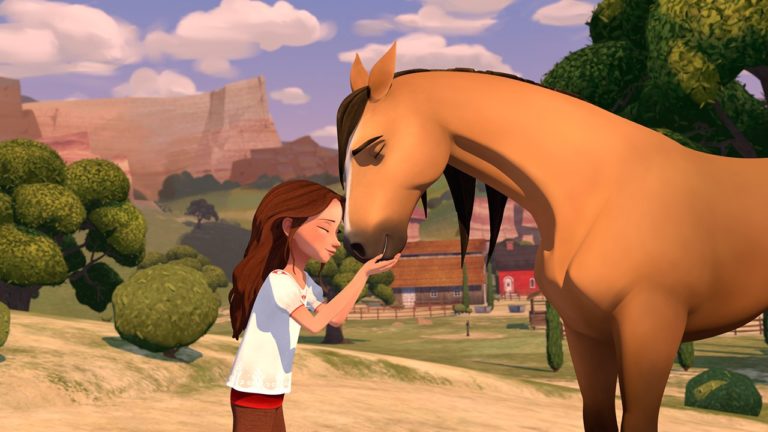 Which one of these great movies should I watch next?TweetIn Spirit Untamed, a stubborn but good-at-heart little girl moves from the city to a frontier town. While there, she meets a wild Mustang called Spirit Untamed. The two form an unlikely but kindred friendship that teaches each other about life. A fantastic animation movie for… 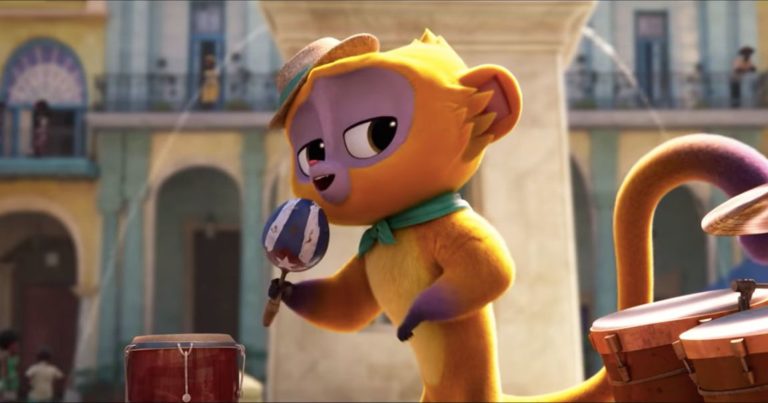 Which one of these great movies should I watch next?TweetJust got done watching Vivo? Netflix’s first ever animated musical movie certainly didn’t disappoint. Brilliant original songs by the very talented Lin-Manuel Miranda and stunning imaginary locations makes for some great family watching. If you are in the mood for more Animated musicals, we’ve got a… 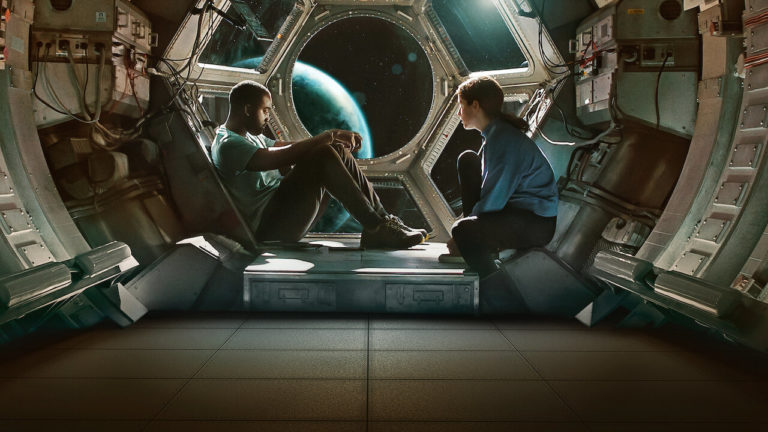 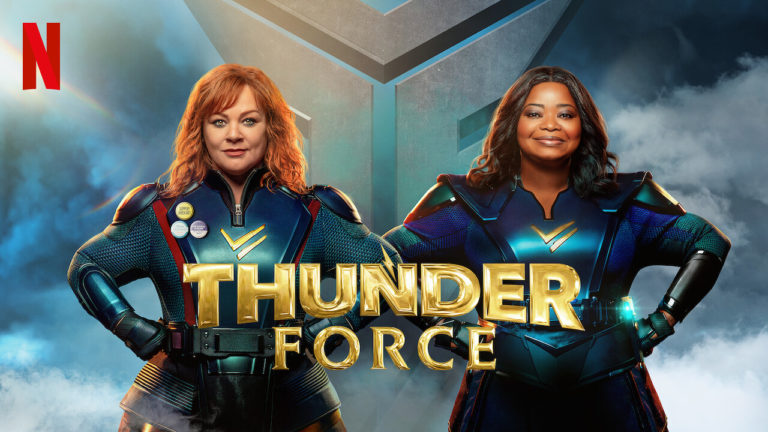